renoa
March 2016 edited March 2016 in Tips and Tricks
so @safrongo asked how to use clipping mask in the Layering thread, and because it's relatively simple, i thought i'd post a quick comment to clarify it

How to Create a Clipping Mask:

in the Editor, every Drawable Object has an ID that is displayed in the [Edit] pallet 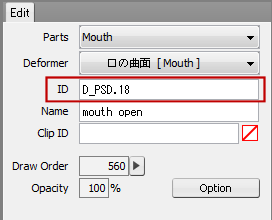 the way you make this part the Parent Object (the object that does the clipping), is to copy this ID, or manually write it, into the Clip ID box of the part you want to have clipped.
generally, the parent is a bigger object. Such as the white part of the eye (sclera) with the pupils and shiny parts on top of it, or the main part of the hair with a smaller highlight layer on it.

in the example below, the character has two pupils, the left is unclipped, and the right is clipped according to the sclera shape.
the pupil ID is D_PSD.16
the sclera ID is D_PSD.05
i copied the sclera ID to the pupil, not the opposite! 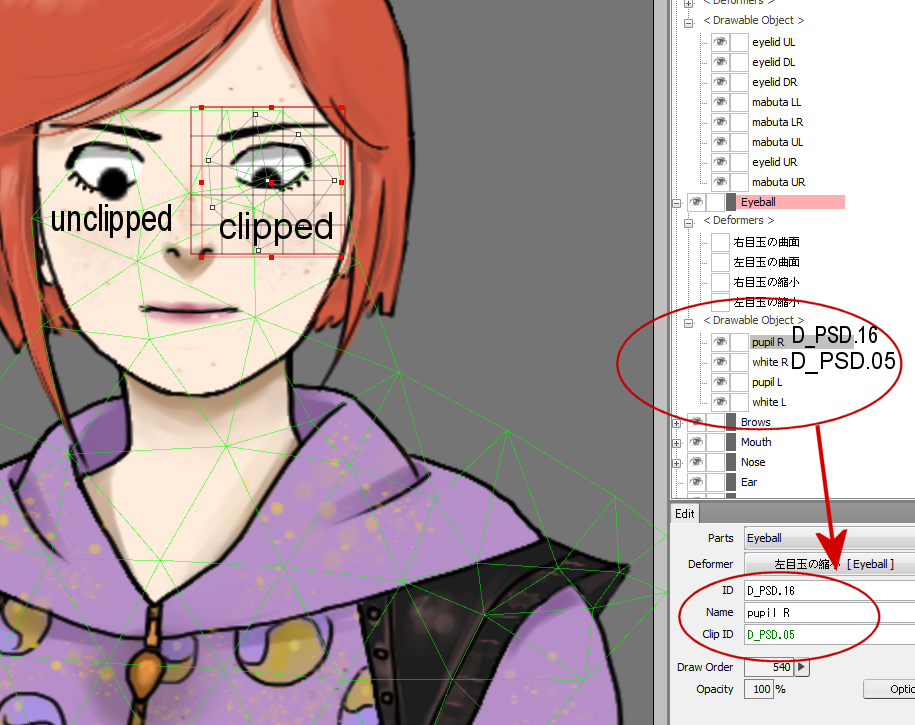 if somehow the clipping is not working for you, make sure you have the bigger object in the Clip ID value, otherwise it could be hiding behind the smaller object!

how to remove the clipping effect:
erase the Clip ID value from the box, or click the red box next to it

here is another thing you can do with clipping mask: